You have an important mission. You must complete Civil War Scavenger Hunt 1 to provide information to the Union Army of the Potomac on the rebellion situation. 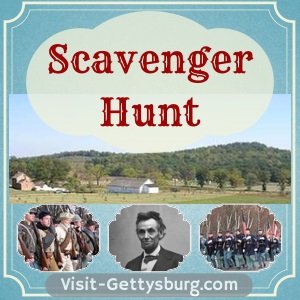 We are currently engaged in our third day of fighting in a key battle at Gettysburg. Perform your duty as a scout well, and we might win the war!

Find the answers to these facts about the Civil War:

All webquest links open in a new window.

Did you successfully complete your mission and find all of the Civil War facts? When you’re ready, move on to Civil War Scavenger Hunt 2 to become a real Civil War trivia expert.