Your next mission is Civil War Scavenger Hunt 2, now that you have proved your value to the Union Army of the Potomac as an information scout in the first scavenger hunt. 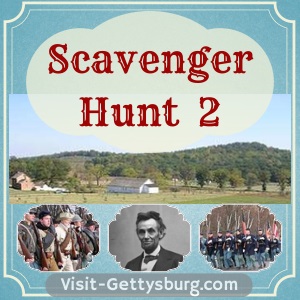 Our forces are weary from three days of battle here at Gettysburg, so this time there will be no support.

You must locate all information for this webquest on your own!

These search results will open in a new window for easy Gettysburg game playing.

Answer all of these questions, and you’ll be a Civil War trivia master who knows all of the important Gettysburg facts!