Women of the Civil War-Merciful Angels of Healing and Death 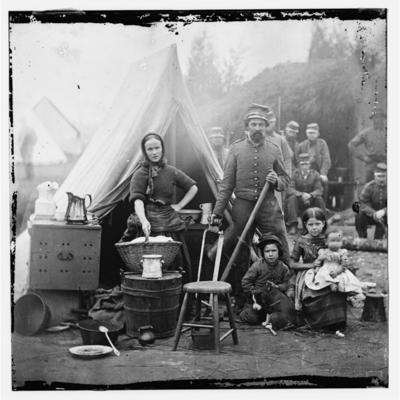 No turning back, no regrets.
Soldiers think of the grim smile of Lincoln
And the beaming smirk of Davis
As they march to the beat of the solemn brass drum.

They’re hidden,
Disguised by their own cleverness and ingenious.
You can find them concealed in deception and acting as shams,
Hoping to fight the battle to win,
And not be sent home or placed in a prison
Like many warriors before them.

And so they march on,
As unnoticed as a crack in a sidewalk,
Ready to walk onto a battlefield
And take on whatever the opposing side has to offer.

Bloodshed is everywhere.
It is as common as water in an ocean on this battlefield.
The hand of Death takes what he’s due
All around these soldiers.
And yet the men keep falling.

There’s too many patients,
Too many ill!
This quotient was not expected in the nation,
Please, God, stop your will.

The medical staff is wavering,
So they accept the women.
The strong, independent, caring women.
Dorothea Dix becomes the superintendent,
And she leads her plain, ‘not too pretty’ women into battle.

The African American ladies of service
Were sent to either care for their own
Or tend to the deathly patients.
Typhoid,pneumonia, tuberculosis, and malaria
Plague the field hospitals,
Looming the soldiers ever close to Death’s doorstep.

The research of this topic
Was wrought with much discrimination and injustice,
As was expected from this time period.
Though, women did a great service to their side,
Fighting even when told not to
And standing up for what they believe in.


Join in and write your own page! It’s easy to do. How? Simply click here to return to Civil War Poetry Slam.