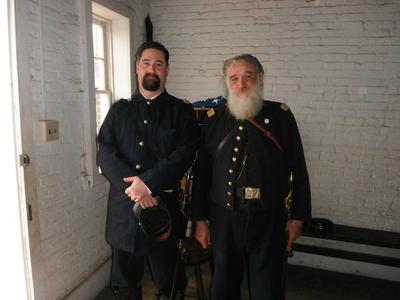 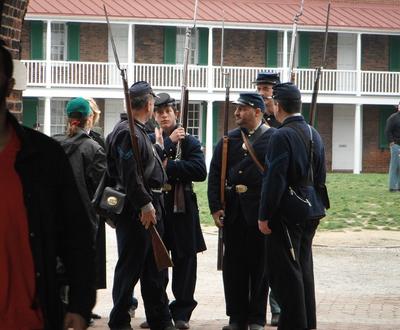 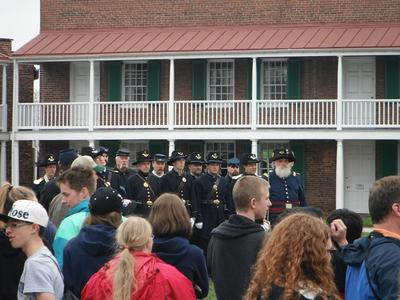 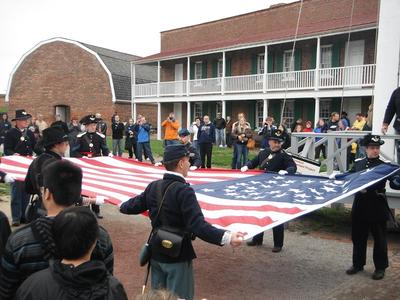 In March 2012, my family and I went to Fort McHenry in Baltimore, Maryland. We didn’t know it was a Civil War reenactment weekend!

The United States national anthem was written because of the events that occured at Fort McHenry during the War of 1812, but it was also an important defense site during the Civil War.

They also helped with the evening flag ceremony when the daytime flag was lowered and folded up and the nighttime flag was raised. The day flag used that day was the Union flag of the Civil War era.


Join in and write your own page! It’s easy to do. How? Simply click here to return to Civil War Clothing Photos.