Little Round Top in Gettysburg, a Spectacular View

As I have said, I love to visit Little Round Top in Gettysburg during the spring when the native pink redbud and white dogwood trees are blooming in the woods. 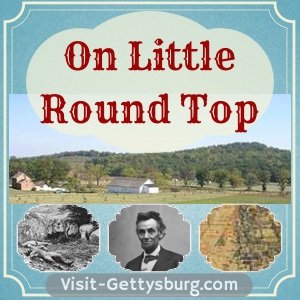 It is the spot in Gettysburg to watch a sunset over the hills. It’s gorgeous. However, no sunset can be as memorable as the one on the hot evening of July 2, 1863.

Brigadier General Gouverneur K. Warren, the Federal army’s chief of engineers, had been on Little Round Top checking on things at 4pm when he spotted the start of Longstreet’s Confederate attack.

Union troops were quickly called in to defend the hill. Lieutenant Charles Hazlett led a battery of six cannons to strategic placement on the hill, although only four fit on the crest. 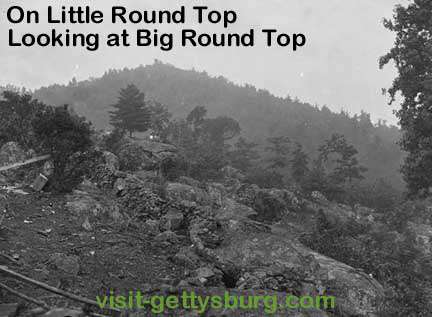 The brigade under brigadier general Strong Vincent came. It consisted of four regiments including now well-known 20th Maine who fought on Little Round Top in Gettysburg, as featured in Gettysburg the Movie 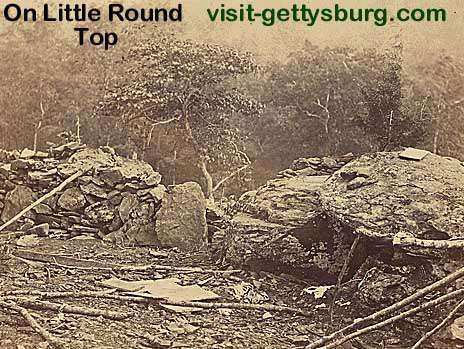 Chamberlain and the 20th Maine

The 20th Maine performed the famous bayonet charge against 15th Alabama under Colonel William C. Oates at around 7pm.

Colonel Joshua Lawrence Chamberlain later received the Congressional Medal of Honor for defending Little Round Top. His monument is located down a little trail in the woods off the parking area. 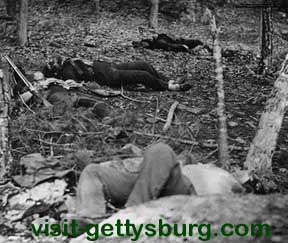 During the intense fighting when it looked like the Union forces would not be able to hold, Colonel Patrick O’Rorke and the 140th New York were called in to reinforce the west face. O’Rorke was shot and killed as he urged his men down the incline.

The Confederates nearly succeeded in their fierce attacks, but the Union was able to hold their line until dark.

From the top of the hill, you have a nice view across the land to survey where most of the action took place.

There are interesting outdoor photo and map displays you can read there that explain what you are seeing. You can also look at historic photos of the area taken just after the battle.

There’s a short tower you can climb on the top of Little Round Top in Gettysburg for an even better view, but beware that the stone steps are slippery — especially in the rain, as I remember some classmates learned once learned on a fieldtrip!

For more historical photos of Little Round Top in Gettysburg, see my page about how to conduct research online.

Return from Little Round Top in Gettysburg to the Gettysburg Battlefields