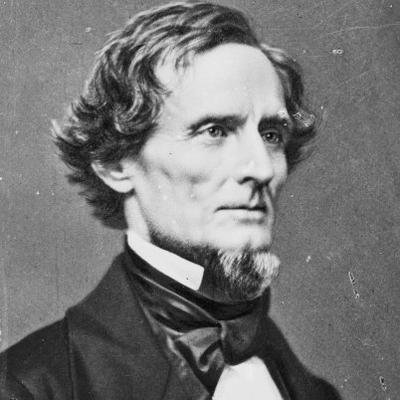 As it went in the United States;
But for some reason one did not,
for he had reached the gates of heaven.

Gone he was as soon as his empire fell,
Hidden in Virginian safe house;
Engulfed by the cries of a fallen country,
Those cries for mercy, for sorrow most with grief.

But he sat oblivious, recalling the struggle,
The struggle of hunger, of pain, of death;
The sounds f shots ringing throughout the still air,
But one shot ended it all.

The cowards own shot ended himself,
As his foe, the mighty Lincoln lay under the earth rested forever;
And finally Davis joined him and they watched his kingdom,
Derelict and left to the hands of the Northern victors.

Even through his loss some see victory,
He fought for a cause for a reason;
Even though it was a lost cause and the victor was obvious from the start,
He had a reason and for that he is respected by few, if not many.


Join in and write your own page! It’s easy to do. How? Simply click here to return to Civil War Poetry Slam.